The Life of Elder Theodore 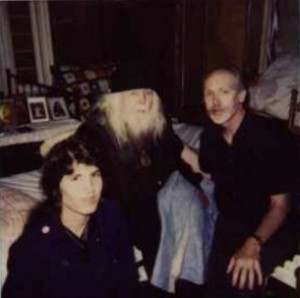 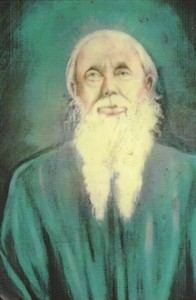 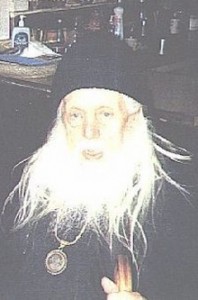 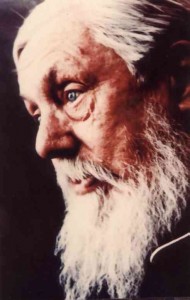 Elder  Theodore was born George Irtel in 1904. His father had been a renowned  physicist in the Russian Royal Court and a friend of St Tsar Nicholas  II. His father’s connections permitted young George to be one of Tsarević  Alexei Romanov’s playmate. During the Bolshevik Revolution, George fled  across Siberia on foot to Irkutsk. Then learning his mother still in Moscow, he walked back across Siberia. He had been arrested in 1920;  afterwards, in 1924 he entered Valaam Monastery as a novice. It was  there that Novice George came under the spiritual care of the staretz  Justinian. Due to godless incursion into the vicinity of Valaam, Novice  George moved on to the Pskov Caves Monastery in Estonia.

Under the care of the Elder Schema-Archimandrite Simeon, Monk George  was clothed in the small schema and renamed Sergei (Sergius).  Stavrophore-monk Sergei was among the many Russian émigrés to Paris  in the 1930s. At the Sorbonne he earned an advanced degree in Philosophy  and was ordained to the priesthood in 1934. It has been said that there  were three men consecrated to the episcopacy in secret. Fr Sergei was  one of the three. Secret consecrations are outside the norm in  Orthodoxy. Nevertheless, these elevations were conducted because there  was suspicion that the NKVD (predecessor of the KGB) had targeted  certain Russian hierarchs in Europe for assassination. While in France,  Fr Sergei had frequent fellowship with St. Archbishop John Maximovitć  during his tenure there.

Throughout his youth Fr Sergei had various spiritual experiences which  provided him guidance in his life. Now his sanctity began to be a  benefit to others. Following an incident that began to bring much  attention and fame to him, Fr Sergei desired to return to Russia.

True to his monastic vow of obedience he refused to act on his own will. Rather, he had written to St Silouan on Mt Athos. In reply, Fr Sergei was forbidden to return  to Russia, “for there you will certainly die. You must go to America  where God has much for you to do”. In 1946 Hieromonk Sergei arrived in  New York City. It has been reported that he taught at St. Tikhon  Orthodox Pastoral Seminary in South Canaan for two years. Thereafter  labored in Canada with St Nikolai Velimirović. In 1950 he was sent to  Spruce Island, Alaska. According to Orthodox Word magazine (St. Herman  Brotherhood: 1996, No. 187-188): “They lived in a large, rotting storage  house on the very shores of Monks’ Lagoon, while in the dense spruce  forest, on the site of St. Herman’s cell, Archimandrite Gerasim lived in  solitude. The gusty wind off the open sea and the constantly overcast,  rainy weather stirred up sorrowful thoughts linked with the woeful state  of 20th century monasticism. In total solitude, more cut off than in  any hermitage on old Valaam, which was at that time swallowed up by the  communist hell, the new monks of New Valaam were naturally carried in  thought to Valaam, and, remembering their past instructors, they lived  by their instructions.”

While in Alaska he was clothed in the Great Schema and given the name  of St. Theodore. Apparently due to health, Hiero-schemamonk Theodore  was forced to leave Alaska where from he arrived in El Paso, Texas. We  know that he had been utilized by the Russian Metropolia as a “supply  priest” and was often “on loan” to other jurisdictions where there was a  need for a priest. It has been documented that Fr Sergei Irtel had  served the fledgling Greek Mission in Los Vegas having Divine Liturgy in  a local Episcopalian Church in 1958. The Russian Patriarchal parish of  St. John Chrysostom in downtown Grand Rapids, Michigan was served by Fr  Sergei in December 1961 and again in 1964.

From El Paso, Texas, Elder Theodore made his way to Juarez, Mexico.  There he was not a bishop, enjoyed neither status nor glory. Much like  Bolshevik Russia, Elder Theodore had to avoid getting arrested by the anti-clerical Mexican police. There in Juarez he  shared the poverty of the village folks. He labored to house and feed  them. As a simple priest-monk he evangelized and ministered to the  people. Gathered a small monastic following, never ceased praying and  interceding for those who came to visit or sent letters begging for his  prayers on their behalf.

We could speak of the many miracles of healing,  resurrecting the dead, the gifts of clairvoyance and bi-location  attributed to our Elder. But it is the charism of monastic obedience,  humility, unceasing prayer and service (love) towards those in need that  greatly marked Elder Theodore’s holiness.

On this day according to the traditional Church Calendar, on the  vigil of the Martyr St. Theodore of Amasea, we commemorate the falling  asleep of schema-Bishop Theodore (Irtel) at the Abbey of the Holy Name  in West Milford, New Jersey in America. Elder Theodore’s repose at the  Abbey was in fulfillment of staretz Justinian of Valaam’s prophesy  regarding the future events in the Elder’s earthly life.  Vladyka was buried,  according to Orthodox tradition, three days after his repose.  On this third day his body showed no sign of corruption.